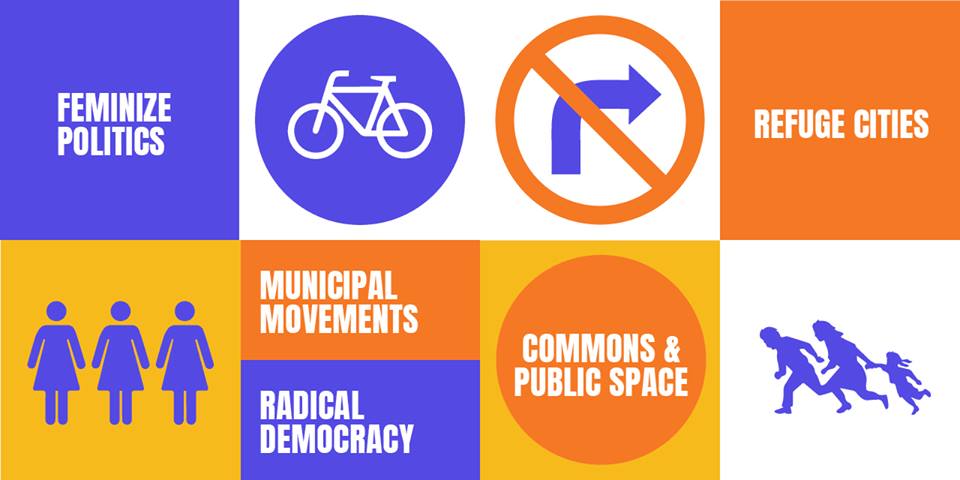 We are excited to announce the first ever North American municipalist summit, which will happen in New York City July 27 – 29, 2018

Co-sponsored by Cooperation Jackson, Movement NetLab and the Metropolitan Studies Department at NYU this regional Fearless Cities will include comprehensive participation from Canada, the United States and Mexico and will be rooted in the international network coalesced by last year’s Fearless Cities international summit.

Over 3 days of workshops, meetings, panels, and hands on learning opportunities bracketed by 2 open public assemblies, social gatherings, and curated opportunities to explore social movements and solidarity economies in New York City, summit attendees will participate in an immersive municipalist gathering where they will forge lasting network ties that will be strengthened by smaller follow-up regional gatherings slated to occur in Jackson, Mississippi and other sites.

At Fearless Cities – North America 2018 we will: