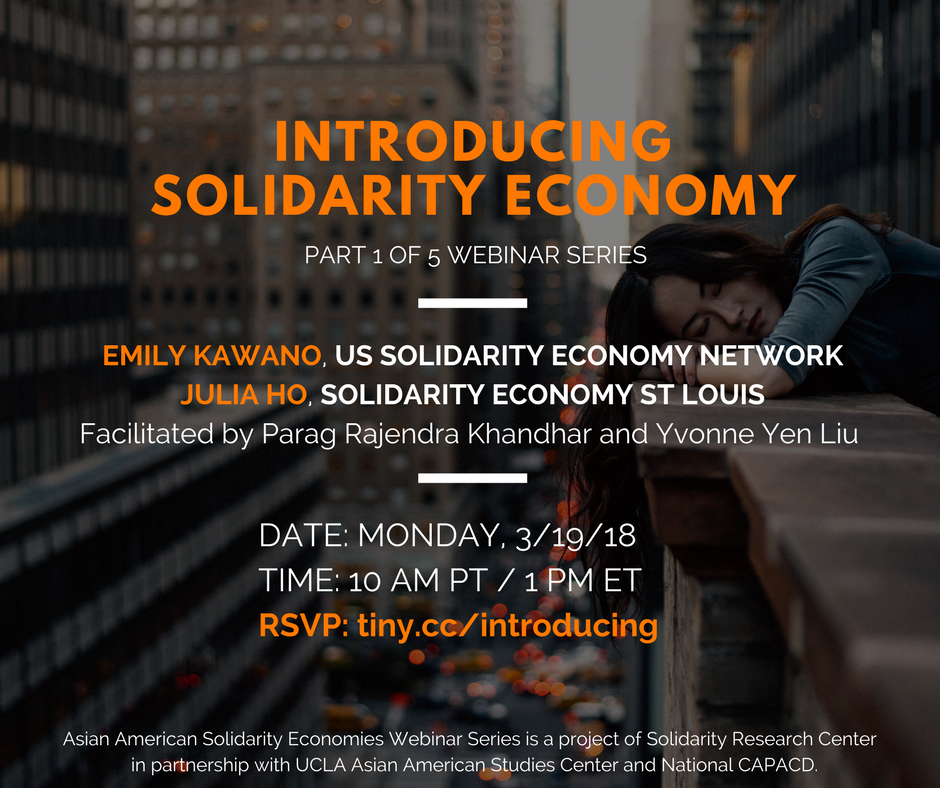 Our first of five part webinar series will present the framework of solidarity economics, its history and contemporary practice, and its examples in Asian American immigrant and refugee communities.

Emily Kawano, US Solidarity Economy Network
Emily is the co-director of the Wellspring Cooperative Corporation which seeks to create an engine for new, community-based job creation in Springfield, MA. She serves as Coordinator of the United States Solidarity Economy Network. An economist by training, Emily served as the Director of the Center for Popular Economics from 2004 to 2013. Prior to that, Emily taught at Smith College.

Julia Ho, Solidarity Economy St Louis
Julia is the founder of Solidarity Economy St. Louis. During the Ferguson uprising in August 2016, she worked with Missourians Organizing for Reform and Empowerment (MORE). For the past two and a half years, Julia has been building a network of businesses, organizations, and individuals fighting for a just and sustainable economy.