Ginebró school, a cooperative education founded 40 years ago in Catalonia. A company model of solidary and social economy supported by l’iesMed (photo iesMed)

With the support of the Secretariat of the UfM
The Social and Solidarity Economy is playing an active role in the economic integration of women in the Mediterranean. View of Rodérick Egal, president of iesMed (Innovation & Social Economy in the Mediterranean) cooperative company.

What role does the Social and Solidarity Economy play in women’s economic integration?

Rodérick Egal:  The Social and Solidarity Economy (SSE) plays an active part in women’s integration in the Mediterranean, particularly in Morocco, where many female-run cooperatives have been developed, mainly in the craft and agricultural industries. But it remains a category that is unfairly thought of as the “economy of the poor”. However, these companies are just as concerned with profitability, except that in the Social and Solidarity Economy, money is not an end in itself but rather a means. Income is not redistributed to benefit shareholders but rather to reward producers, as well as being used to grow the company, as demonstrated by the largest cooperative in the world, the Spanish group Mondragon.

But how can the SSE allow women to better integrate into the economy?
R.E.: Women are directly affected because it is a type of economy that allows them to establish their own livelihoods and independence, particularly in traditional societies. The social and solidarity economy depends on people’s willingness to play their role as citizens and participate actively in society. I am convinced that this is a major issue for women.
To the south of the Mediterranean, this embryonic economy continues to be affected by the difficulties of development. That’s one of the reasons why SSE companies have trouble accessing funding in these countries. Bankers do not trust these companies because they believe that they are unlikely to grow significantly, which is why we need to change this view.

The Union for the Mediterranean plays a paramount role

In 1971, the owners of The Cheese Board turned their Berkeley, California, mom-and-pop shop into a co-op, where they... 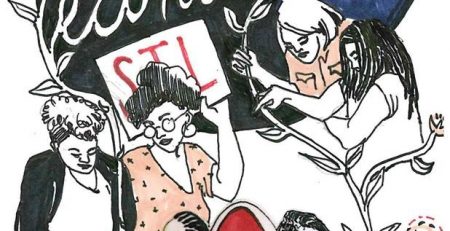 Little Free Pantries – Beyond Charity, to Food as a Right

Tamara McFarland, Cooperation Humboldt   Along the rugged coastline of far-Northern California, activists have launched a program to tangibly demonstrate...

We don't need to break up the big banks. We need to put them under democratic control In These Times...

Counterpunch, March 11, 2016 by Alexander Kolokotronis Since the beginning of the Greek financial crisis, both the Right and the...