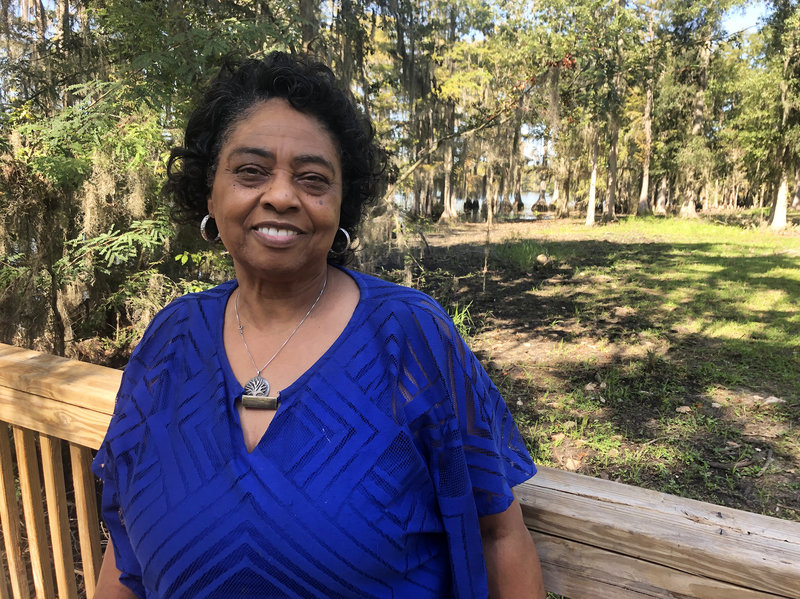 “Often to look forward, you have to look back.”

So began remarks made by Dr. Shirley Sherrod, a cofounder of the nation’s first community land trust, New Communities Inc., to hundreds of people who gathered under a giant air-conditioned tent at the Resora farm near Albany, Georgia, during the community land trust’s 50th anniversary celebration.

The gathering, designed to commemorate the founding of the nation’s first community land trust 50 years ago, was held earlier this month at Resora, a 1,638-acre farm (a little over two-and-half square miles of land) located about seven miles from Albany, Georgia—a farm that New Communities acquired in 2011. The site also includes an 85-acre shallow lake with cypress trees springing up seemingly magically from the middle, pointing to the sky.

The farm was once a plantation owned by J.N. Battle. In addition to the mansion where the slaveowners lived, you can see still some of the former slave cabins. With temperatures on an early October day reaching an unseasonable 98 degrees, with a heat index reading of 104, it was not hard to imagine the extreme conditions that slaves were compelled to labor in, day-in-day-out, during the hot Georgia summers.

Earlier this year, NPQ ran an article by Sherrod that told the story of New Communities—an organization that has had two lives. Its first life started when the original New Communities acquired 5,738 acres in Lee County, Georgia, becoming the nation’s first community land trust in 1969. At its height, over 500 Black families cultivated over a third of that land (1,800 acres), with the site including a farmer’s market and greenhouse. The farm also became known for its cured meats.

Ultimately, however, the Lee County property succumbed to foreclosure in 1985—a product of both bad fortune (an extended drought in southwestern Georgia) and continued hostility from banks, the US Department of Agriculture (USDA), and local white-owned businesses, which made acquiring the credit needed to sustain the farm during bad weather impossible.

Speaking at the 50th anniversary gathering, Sherrod acknowledged that there were mistakes that New Communities itself had made, but added, “The racism, when I look back and think back, we could not have overcome those forces. When we bought supplies, you knew the fertilizer you paid for isn’t what you got. Every time you had to pull a sample. The other agencies that should have worked with you, like extension, they wouldn’t even look at you.”

But New Communities wouldn’t be celebrating its 50th anniversary if it hadn’t persevered despite the foreclosure. In 1997, New Communities joined a class action lawsuit against the USDA. In 2009, as part of the resulting Pigford settlement, New Communities was awarded $12 million. Of that $12 million, $5 million was used to acquire the present Resora site, located about a half-hour’s drive south of the original firm, with the remaining funds being invested in the improvement of the property.

The gathering in Georgia, as Miriam Axel-Lute of Shelterforce points out, had the feeling of a pilgrimage. Adding to the sense of pilgrimage, Grounded Solutions Network, the national community land trust association, rented four buses to shuttle nearly 200 network members from Atlanta—where it had a cosponsored a conference with the Center for Community Progress, a national nonprofit that supports public land banks and focuses on how to revitalize blighted urban land—to Albany, three hours to the south.

The buses were organized by topic area and on the ride down, each bus became its own mobile workshop. The topic on the bus I chose focused on policy. Many years ago, Kenneth Reardon, who now directs urban planning and community development at the University of Massachusetts, Boston, recalled the educational benefits of the road trip from days when he used to take students on regular trips from the University of Illinois at Urbana-Champaign to East St. Louis (also a three-hour drive). As Reardon observed,

Distance is preferred from an educational standpoint…. We could use the time in the van. We could ask people to examine what kinds of colored glasses they were wearing as they were about to go into the community…. Some of the best discussions are in those mobile seminar rooms known as the Econo Van.

The dynamics of a one-time conference bus trip, of course, differ greatly from a regular college seminar class—and yet the bus still provided a critical space for movement leaders to reflect on the past and imagine what the future of the community land trust movement might look like.

Discussions on the bus were organized into three rounds. Bus riders would first form two-member dyads with their seatmates, then report back what they discussed to the larger group.

The first round—moderated by Lisa Byers, executive director of Opal Community Land Trust of the San Juan Islands region of Washington state—asked bus riders to consider both what was possible for the next 50 years, as well as identify some of the threats that the movement faced. Among the possibilities identified by bus riders were the following:

At the same time, participants were not shy about identifying many outstanding threats, including contemporary White House efforts to gut fair housing enforcement, the flipping mentality promoted by cable television, and the corporatization of land ownership—which, as NPQ has noted, currently threatens to radically hike rents at much of the nation’s remaining affordable manufactured housing (mobile home) parks. Longer-term threats were also noted, such as the need to raise industry standards to build quality affordable housing, the need to build more resilient homes that can withstand climate change, and the need to preserve the “community” in “community land trust,” rather than sacrificing community for efficiency.

The following round, led by India Walton of the Fruit Belt Community Land Trust in Buffalo, New York, allowed participants to make “offers”—i.e., identify how they could provide assistance to peer community land trusts—as well as ask for support. In the discussion, a number of peer resources were identified, and it was suggested that Grounded Solutions Network develop a common database that could organize this information. Selina Mack of the North Carolina-based Durham Community Land Trustees then led a brief discussion of how to build organizational scale.

The buses arrived at the farm around noon. At Resora, Sherrod, in addition to recalling the history of New Communities, called for the building of new bridges between rural and urban communities in the future. “We’re rural. You’re all in the cities. All of the knowledge can’t be in the cities… We need to fix that urban and rural connection. We need to have this discussion about how we build our movements, so it is not just urban, but rural and urban together.”

One of the efforts to act on this impulse is reflected in a study released at the gathering, titled Paving the Road to Equity: A Report on Racial Disparities and Solutions in Southwest Georgia, issued by the Southwest Georgia Project. The report, funded by the WK Kellogg Foundation and authored by Dr. C. Nicole Mason, who directs the Center for Research and Policy in the Public Interest, advocates for a regional food hub, which, Mason writes, would use a former Winn-Dixie grocery store site to act as a technical assistance center to hundreds of area farmers.

Mason spoke at the Resora farm and highlighted a number of the report’s findings, as well as emphasizing the overall vision of the Southwest Georgia Project—an educational nonprofit organization from which New Communities emerged and which Sherrod continues to direct—which centers on reducing food insecurity and promoting long-term economic security for local farmers.

The gathering was not without controversy. For example, a prominent Wells Fargo banner hung behind the speakers, highlighting the movement’s dependency on funding sources that might not have the movement’s interests at heart, a fact that Gus Newport, who once directed the Dudley Street Neighborhood Initiative in Boston, one of the nation’s most prominent community land trusts, pointed out. Tony Pickett, who directs Grounded Solutions Network, responded, “We need financial partners just as much as we need organizing on the ground and technical expertise.” But the tensions about maintaining the “C” in CLT, as pointed out on the bus trip to Albany, once again stood out.

The keynote address, delivered under the big tent at Resora, was given by civil rights activist and former Atlanta Mayor and US Ambassador Andrew Young, Jr. Young, now 87, was once a confidante of Dr. Martin Luther King Jr. and was with King when he was killed in Memphis. Young said that Albany for him was a “graduate school for protest.” Young added that, “Everything I’ve been able to do is because of the spirit of the young people in Albany.”

The following day, as the buses returned to Atlanta, the energy from the gathering was evident, but it was also clear that much uncertainty remains. Both the Resora gathering—and the linked conference in Atlanta—spoke to a critical transition facing community development today. In Atlanta, a plenary panel held the day before the buses headed to Resora, led by Don Chen, President of the Surdna Foundation, put on stage a group of national community development leaders of color, including Pickett, Calvin Gladney of Smart Growth America, Marietta Rodriguez of NeighborWorks America, Lisa Rice of the National Fair Housing Alliance, and Akilah Watkins-Butler of the Center for Community Progress. Everyone, including Chen, had fewer than three years in their roles, reflecting how recent this shift in community development has been, a trend that may presage a broader nonprofit sector shift to leadership of color.

The increased support for community land ownership through land trusts and public land banks was widely welcomed, as was the shift in leadership to leaders of color. Yet panelists also recognized that progress may be fragile and that, to achieve long-term results, a long-term vision is required. Gladney stated this conundrum perhaps most clearly, speaking to the common philanthropic tendency to favor the flavor du jour: “I’m concerned with what I call ‘sliced bread making’—resilience, sustainability. What’s the new thing?” Gladney asked. “I’m concerned racial equity is just the latest new thing—we can’t just go to the next thing.” 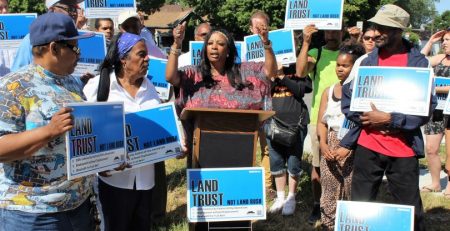 It is the product of more than a decade of community organizing, but residents in east Buffalo’s historic Fruit... 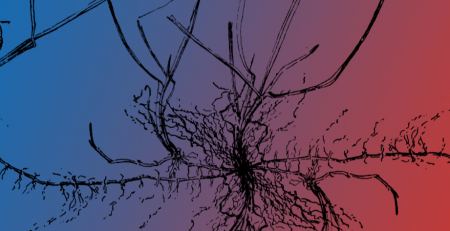 Building an Economy for People and Planet A paper by Emily Kawano for The Next System We stand at the brink... 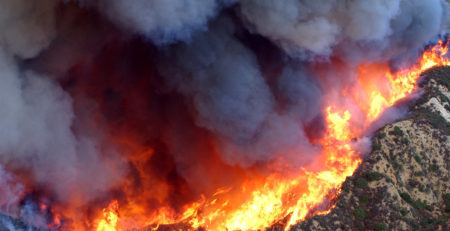 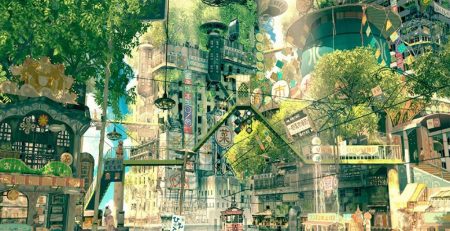 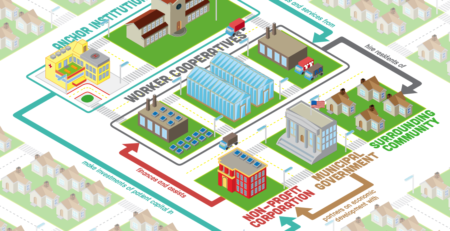 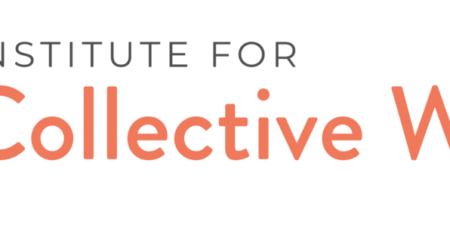 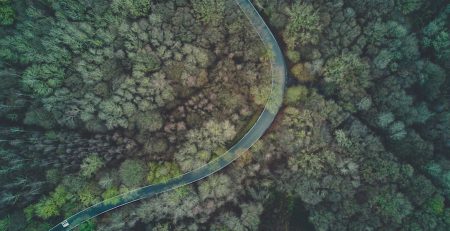 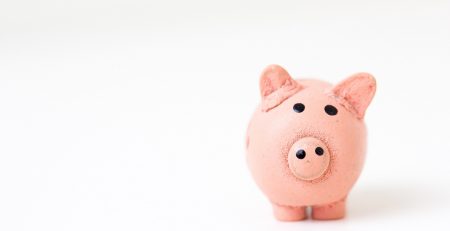