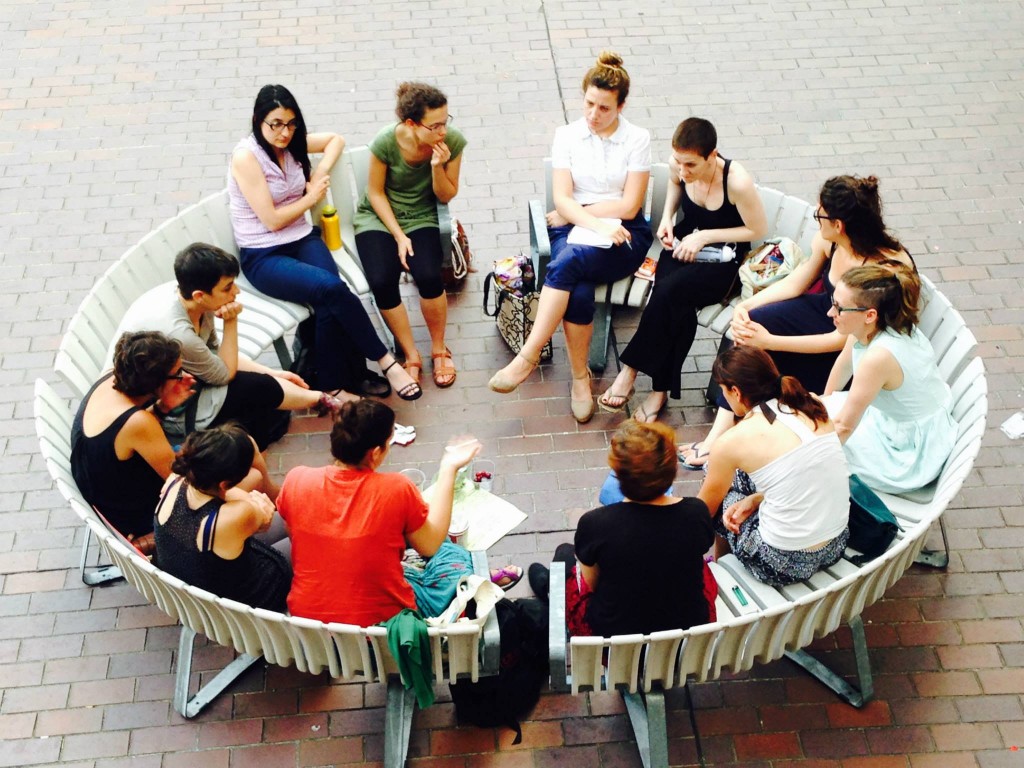 Populism is not only incompatible with feminizing politics — it actually reinforces patriarchy. We need to transform the way left-wing politics is done.

By Laura Roth and Kate Shea Baird via ROAR Magazine

It is our view that populism is not only incompatible with the feminization of politics; it actually reinforces patriarchy. Faced with a choice between these essentially incompatible strategies, any hope of transformation will require us to abandon populism and make a genuine commitment to changing the way politics is done.

As we understand it, feminizing politics means three things. First, gender equality in institutional representation and public participation. Second, a commitment to public policies that challenge gender roles and seek to break down patriarchy. Third, a different way of doing politics, based on values and practices that put an emphasis on everyday life, relationships, the role of the community and the common good.

This third element is controversial within the feminist movement. The idea that the “feminine” — itself a product of patriarchy — should be reinforced has been criticized. However, such an approach can be justified for a number of reasons. First, because traditional politics prizes and promotes masculine traits, while it devalues and excludes those with which many women feel more comfortable. There is little point in increasing the proportion of women in decision-making spaces if they are relegated to a subordinate role in them.

Second, by focusing on ways of doing, the feminization of politics gets to the heart of the ways in which gender roles are reproduced. “The personal is political,” said Carol Hanish in 1969, pointing to the fact that the public sphere is directly connected to what happens in the private domain. The slogan also warns us that large-scale plans and abstract ideas alone will be insufficient if they do not include changes at the micro-level, in the practices on which everything else is based.

Finally, because this part of the feminization of politics emphasizes goals like cooperation, participation and considering others’ interests that are valuable in themselves, beyond the question of gender. We believe these elements are the ones that can make a positive impact on people’s lives in the long term, beyond the immediate effect of certain left-wing policies.

Today, a growing number of people are advocating for left-wing populism as a way of challenging the rise of right-wing populism in much of the Western world. This strategy aims to beat populists at their own game, following the examples of Hugo Chávez and Evo Morales in Latin America or Syriza and Podemos in Southern Europe. The notion of a left-wing populism has been promoted by politicians, academics and journalists, from Chantal Mouffe to Owen Jones and Pablo Iglesias, among others.
While the first two elements of the feminization of politics — equal representation of women and feminist policies — are perfectly compatible with left-wing populism, the third is not. Indeed, as we will see, populism, in both its right-wing and left-wing forms, is not just incompatible with the feminization of politics; it actually reinforces patriarchy itself.

The first difficulty with populism in terms of the feminization of politics is that it describes the world in terms of “us” (the people) versus “them” (which in the case of the left is the establishment or elite). By contrast, feminizing politics means developing a more inclusive discourse, based on ideas like collaboration and the common good. Populism cannot easily accommodate this because it adopts the masculine framework of a winner-takes-all battle. It sees the world through the lens of confrontation, and its ultimate goal is to destroy an easily identifiable enemy.

A second issue, closely related to the first, is that left-wing populism has little interest in the diversity of the “people.” As the sociologist Akwugo Emejulu has pointed out, populism takes for granted that “the people are all the same: they are civic-minded, http://kamagrawiki.org they share the same interests and they are not in conflict with each other over power and resources at the grassroots level.” This strategy of trying to minimize diversity ends up strangling the development of identities that might put the unity of the people at risk.

Unlike populism, feminized politics does not avoid complexity or identities beyond the dominant one (white heterosexual men). It recognizes this reality and calls for a process of discovery and debate to identify and resolve problems collectively, understanding diversity as a basic ingredient of the common good.

Furthermore, left-wing populism reproduces the errors of the traditional left, interpreting the world solely in economic and class terms, whether the “people” are the working class or the precariat. In this way, its interest is limited to the public sphere: to global markets, the institutions of the state and public policy. Left-wing populism generally ignores elements of the private sphere, such as reproductive work, gender roles or rape culture, which have a determining influence on people’s lives.

A feminized politics, by contrast, bases its understanding of the public sphere on the reality of people’s lives and communities, not the other way around, and it seeks to raise awareness of multiple systems of privilege and oppression.

Although writers like Paolo Gerbaudo have argued for the radical potential of a left-wing populist politics, in terms of its understanding of democracy the idea of sovereignty often remains limited to the winning of elections or referendums. But feminizing politics means going beyond the mere expression of preferences at the ballot box. It means using deliberative mechanisms that allow all citizens to participate and have a real impact in the decisions that affect their daily reality.
Such mechanisms also have the potential to change how people see themselves and their role in society. While populist democracy reinforces existing roles and preferences, feminized politics allows for learning about others’ circumstances, mutual understanding, and decisions that better reflect the realities of everyone who participates in them.

Populism’s focus on the nation, with its patriarchal and colonial origins, is also deeply problematic for any attempt to feminize politics. After all, the first subjects colonized by the nation are its women, who are expected to undertake reproductive work in its service. In the face of a return to patriotism, a feminized politics seeks alternative ways to motivate collective action towards shared objectives. This means building shared identities based on real interactions within communities, with concrete activities and goals.

Feminized politics rejects the strong, personal, usually male, leadership favoured by populism. Though left-wing populist movements in Latin America have put some emphasis on the construction of power within communities, this has been primarily instrumental, aimed at maintaining governments in power rather than transforming society from below. Demasculinizing politics means promoting collective models of leadership that listen and aren’t afraid of expressing contradictions or doubt. According to María Eugenia R. Palop, a transformational, feminized leadership is one that “promotes teamwork, horizontality, participation and power-sharing.”

Finally, left-wing populism and feminized politics operate on different timescales. Advocates of populism often use urgency to justify bypassing the feminizing agenda, usually driven by the electoral calendar or political crisis. The goal of winning elections, of stopping the right, they say, is too important for us to focus on the painstaking development of bottom-up, collective processes.

The problem is that accepting this premise means accepting that it may never be the right moment to transform gender relations — there will always be a new election or crisis just around the corner. Adopting a feminizing approach means committing to the idea that ways of doing determine outcomes, and that focusing on them has the greater transformative potential over the longer term.

Given that current power structures can only be reconfigured through everyday practices, it could well be that municipal politics is a better sphere of action than working at national or European scale. Acting at a trans-local, even global, level is of great importance, but it is our view that the feminization of politics should start locally, because that’s where the foundation of any multi-level approach can be laid. The question of the role of municipalism in the feminization of politics is a question we will leave for another time. 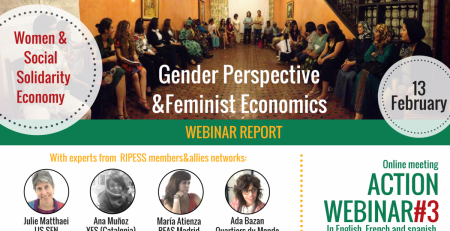 Report on the Third RIPESS Webinar on Women and Social Solidarity Economy Four feminist speakers, all practitioners and experts in... 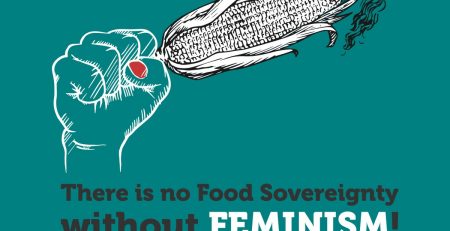 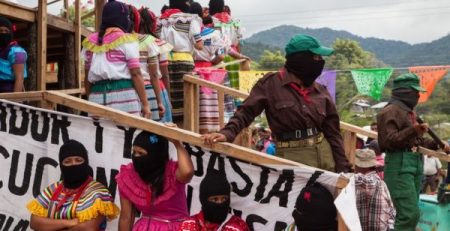 The First International Gathering of Politics, Art, Sport, and Culture for Women in Struggle is hosted exclusively by rebel... 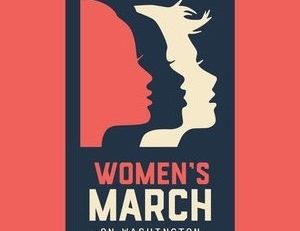 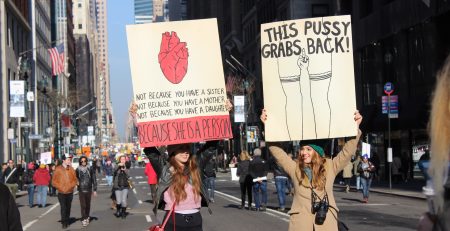 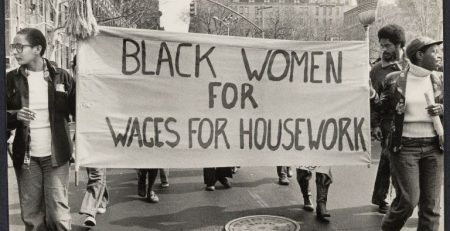