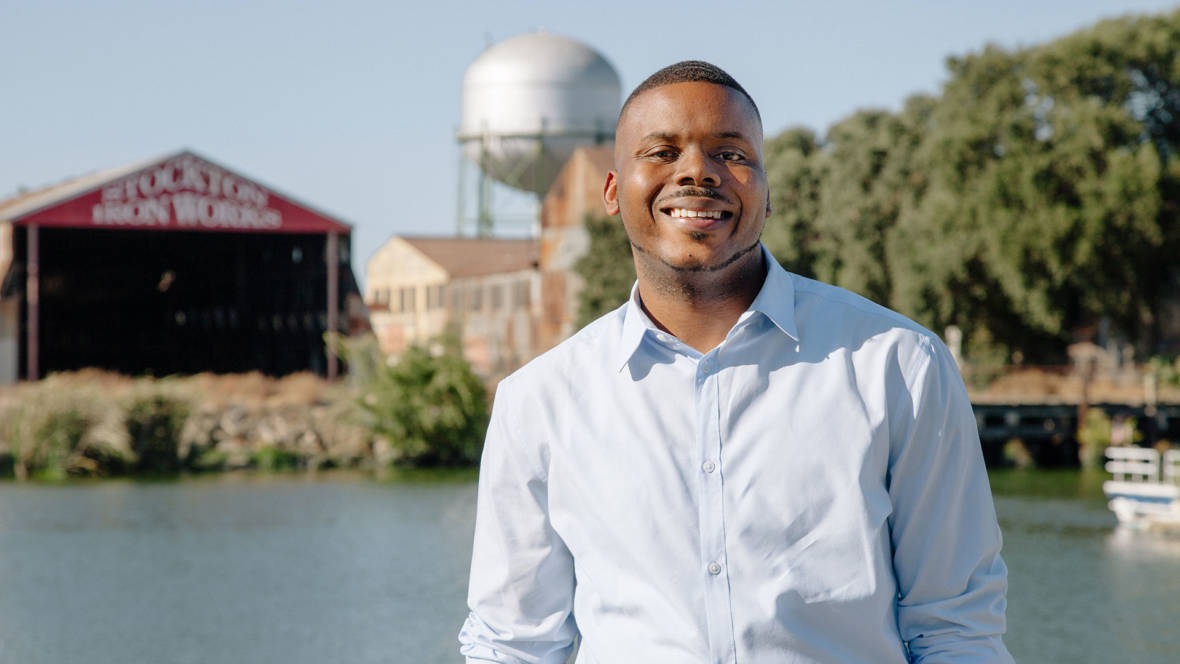 Michael Tubbs is the 27-year-old leader of one of California’s biggest cities. And he’s using that position to try out some truly radical policy ideas.

By Edward-Isaac Dovere via Politico

Out in Stockton, California, there’s an experiment underway in millennial-led government that’s trying to pull a city back from the brink using what is essentially privately funded socialism.

The experiment’s name is Michael Tubbs.

The 27-year-old mayor of a city of 307,000—26 when he knocked out the Republican incumbent, the same night Donald Trump won, in his own status quo-bulldozing election—is looking to redefine the sense of what works through redefining how people think about work.

It’s not just the $500 checks that will soon start going out to 100 residents monthly in a universal basic-income pilot program. It’s about transforming the entire posture of city government.

Stockton declared bankruptcy in 2012 after years of big spending on showcase projects, like a sparkling new marina where yachts could dock. Meanwhile, the city had a murder rate that had sped past Chicago’s.

“So much of the investment strategy in the past was, ‘Let’s create this image of the city,’ while really neglecting investing in people,” Tubbs told me in a conversation for POLITICO’s Off Message podcast.

The formula was off, Tubbs said, and everyone he knew was living out the consequences.

Tubbs’ mother was poor and 17 years old when he was born. Tubbs has met his father only a few times, and he doesn’t even know which crime was the third strike that landed his dad in prison. He thinks about the Stockton mothers who are now living through what his mother did, and what sort of difference an extra $500 each month would make.

“There’s this interesting conversation we’ve been having about the value of work,” Tubbs said. “Work does have some value and some dignity, but I don’t think working 14 hours and not being able to pay your bills, or working two jobs and not being able—there’s nothing inherently dignified about that.”

He learned about universal basic income through reading Martin Luther King Jr., but he’ll happily cite comments that Richard Nixon and godfather of conservative economics Milton Friedman made in support of the idea. He’s determined to make the pilot program work, expand it, and make it the first of many infusions of outside cash directly into policy conversations about generational poverty, violence and education.

Tubbs himself had a ticket out of that cycle—a scholarship to Stanford, internships at Google and the Obama White House—and could’ve left Stockton behind. Then, one day in November 2010, while he was at work in the West Wing, his mother called him: his cousin, seven months older and living a parallel life, had been shot dead at a Halloween party.

Back home for winter break in 2011, Tubbs was asked by a community activist what he was planning to do once he graduated from college. When Tubbs confessed that he wasn’t sure, the activist posed a pointed question: “How many people have to die before you feel ready to come back?”

Tubbs went directly from his senior year at Stanford to winning a campaign for Stockton City Council at 22. That now makes him almost an elder statesman for the rush of young candidates seeking office. (He’s also an elder statesman among Obama alumni who’ve run for office. Among the many who are running this year, Tubbs is one of the rare alums, along with people like Chicago Mayor Rahm Emanuel and Massachusetts state Senator Eric Lesser, who ran for office while President Barack Obama was still in the White House.) And as younger Americans start wielding their political might—by the midterm elections in November, more millennials will be eligible to vote than baby boomers, and that proportion will just keep shifting—Tubbs says we can expect the rise of a new type of politics reflected in, for example, the aggressive, impatient, insistent approach of the student activists from Parkland, Florida.

“I tell people all the time, the status quo is so untenable to me. Like literally, I have no patience for it. And that’s why I might move a little bit quickly. But also with large systems, you have to do things kind of slowly and progressively, but sometimes you also have to jolt and shock it to get it to move even slowly,” Tubbs said.

Not everyone is a fan. A recall effort is collecting signatures to try to keep Tubbs from finishing his term, charging that he’s been fiscally irresponsible, raised taxes and overseen a spike in crime. His efforts to integrate private money are central to the complaints, with claims that he’s violated transparency laws, oversold the accomplishments and personally benefited from the foundation he set up.

One example from the Save Stockton recall group’s talking points argues that the Advance Peace organization—which provides mentors and stipends for reformed violent criminals, and with which the city renewed its partnership in January at Tubbs’ urging—is “a statistically unproven program that shields criminals from police, pays them up to $1,300 per month not to shoot each other, and takes them on trips to places like Disneyland. The city pays Tubbs’ nonprofit, Reinvent Stockton Foundation, $250,000 per year just to administrate the program in spite of his fraudulent claims that no tax payer money would be used.” (“This claim is completely false,” according to Daniel Lopez, a spokesperson for Mayor Tubbs. “Funding for Advance Peace is coming from private dollars and is certainly, not going to the Reinvent Foundation.”) The program is indeed unproved, which is part of the point: The money involved is all part of the experimental effort to tackle crime in ways that haven’t been tried before, including with the money for the stipends.

Tubbs’ supporters are higher profile. He was one of just a handful of featured speakers on the main stage at the Obama Foundation launch last fall in Chicago, after which he had his first-ever conversation with Obama. The Democratic National Committee hosted him as a guest at its IWillVote gala dinner in March. And he’s one of just three candidates Oprah Winfrey has ever endorsed (the others are Obama and New Jersey Sen. Cory Booker). She wrote him a $10,000 check for his City Council run, which doubled his entire fundraising haul up to that point.

He’d be happy to return the favor if Oprah does decide to get into the 2020 race.

“If she runs and happens to win, I would be happy to be secretary. I would intern again, actually. I’ll be fine with that,” he said.

In the meantime, his own adjustment process continues. Tubbs is working through a laundry list of policy goals—aside from universal basic income and anti-violence programs, there’s the considerable task of trying to improve the city’s failing schools so that they will be good enough that he will be comfortable sending his own kids there. (He doesn’t have children yet—he just got married in December, and for now his wife is commuting to Cambridge University, where she’s a Gates scholar pursuing a Ph.D. in sociology.)

And for its part, the city government is still adjusting to its millennial leader. Even the 69-year-old Stockton city councilman who serves as vice mayor—and supports Tubbs—sometimes can’t stop himself from reminding the mayor how young he is.

via Fund for Democratic Communities by Ed Whitfield I’ve spent a lot of time lately speaking against the establishment of a... 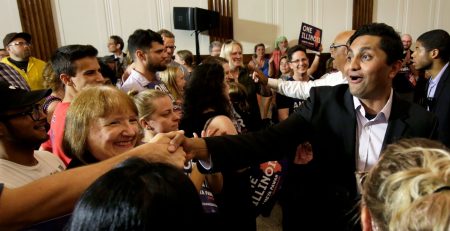 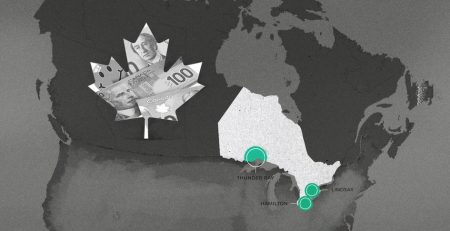 And It's Already Changing Lives "We're not struggling." By Emma Paling and Daniel Tencer via Huffington Post Sherry Mendowegan has accomplished a lot...