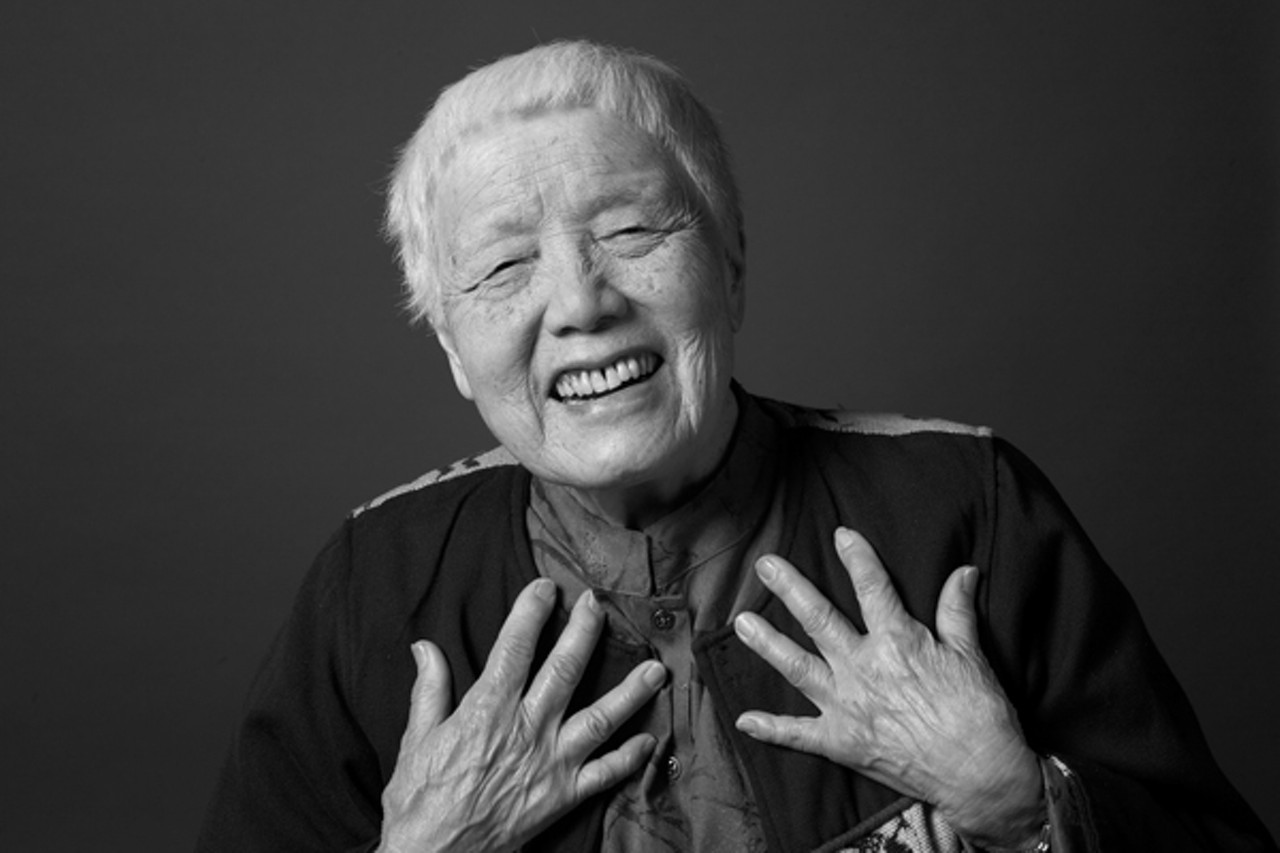 How Grace Lee Boggs Changed My Life (and Maybe Yours too)

By Scott Kurashige via Reappropriate

Twenty years ago, I wrote to Grace Lee Boggs completely out of the blue. She had no basis for knowing who I was or what I was involved in. In fact, I had only recently learned about Grace through the research of my friend, Jung Hee Choi.

In the spring of 1998, I was 27 years old and officially a PhD student at UCLA. However, I had little prospect or expectation that I would finish my degree or become a professor. Instead, my life revolved around student activism and community organizing. Foreshadowing the Trump counterrevolution at the national level, Pete Wilson’s terms as governor served as the last reactionary gasps of power from the white soon-to-be minority and the conservative political forces in California.

Similar to today, we activists were toiling 24/7 to organize protests and build the resistance. Communities of color led a series of massive, inspirational demonstrations in response to Propositions 187 (attack on immigrant rights), 209 (banning affirmative action), and 227 (outlawing bilingual education), as well as police brutality and assaults on workers rights. Nevertheless, we fretted that we were constantly on the defensive—not just from the Republicans in California but also from the Clinton administration’s pursuit of corporate globalization, mass incarceration, and neoliberal austerity measures.

I was convinced we needed a revolutionary movement; and I would do my part to ensure that Asian Americans would step up and join with other communities of color at the forefront of the struggle. Much of my time in this period was devoted to organizing two connected events held in Los Angeles in May 1998. The “Serve the People” Asian American community activism conference brought several hundred people to UCLA to recount the historical lessons of movement building and share strategies from contemporary organizing.

This was connected to the founding meeting of the Asian Left Forum, which we envisioned would become a national network of radical Asian American activists and organizations. We agreed that the struggle against white supremacy must be central to the fight to transcend capitalism and end oppression. For many of us, Yuri Kochiyama embodied that struggle. And it was our good fortune that she had a UCLA fellowship to spend the year in Los Angeles working on her memoir.

Glenn Omatsu recommended that I invite Grace and read her recently published autobiography, Living for Change. I wrote to the organizing collective that she would help us understand how “racism and white supremacy are the distinguishing features of capitalism in the U.S.” Through her work with C.L.R. James and James Boggs, she had developed groundbreaking analyses that recognized the pivotal role of African American activists and workers in Marxist and socialist conceptions of revolution.

Like Yuri, Grace had been a prominent figure within the Black Power movement. Bringing the two of them together struck me as the most powerful symbol imaginable of breaking the model minority myth by dedicating one’s life to the liberation of all oppressed peoples. I asked them to speak on the opening plenary to address “how conceptions of multinational and Third World unity” shaped “their participation in mass and revolutionary struggle.” Needless to say, this was a historic event and a powerful coupling. To my and Grace’s knowledge, it’s the only joint appearance Yuri and Grace ever made. Despite recovering from a stroke, Yuri was on her A-game. “Serve the people at the bottom,” she declared. “The people at the top don’t need your help.” The audience, including activists who had flown cross-country to be there, was repeatedly on its feet.

Six years older than Yuri, Grace brought down the house because most of the crowd did not know what to expect. She brought her fierceness, wit, and philosophical mind—putting them all together, for instance, in an epic clapback at the “Communist” who commandeered the mic for far too long to read quotes from Mao’s Little Red Book. Referencing her experience in Detroit, she highlighted the transformative, visionary organizing arising from the grassroots through urban farming and Freedom Schools for youth.

While I am far from the first to say it, it must be said again: meeting Grace Lee Boggs was an unmistakable turning point in my life. Grace helped me to see the power of ideas—that revolution requires more than protest and agitation, it requires a leap forward in our consciousness. For Grace, radicalism was not defined by anger and militancy, but by our creative capacity to generate new and transformative models of work, governance, and community. Because of Grace, I was finally able to see a deeper connection between theory and practice. This, in turn, helped me to link study and organizing more effectively.

As she emphasizes in the opening paragraph of her autobiography, Grace believed her path toward a revolutionary life was made possible by the fact that she was a women of color denied a career in academia. “Had I not been born female and Chinese American,” she wrote, “I might have ended up teaching philosophy at a university, an observer rather than an active participant in the humanity-stretching movements that have defined the last half of the twentieth century.”

Grace’s concern that academia was co-opting scholars of color is captured in our final published conversation for Hyphen in 2014. “What really ruined the Black Power movement,” she said, “was the entrance of black intellectuals getting bogged in the university establishment and losing ties with the community.” This concern carries over to Asian American Studies.

It is ironic then that I got to know Grace and work much more closely with her when I became a professor of ethnic studies and history at the University of Michigan in 2000. In fact, Grace had initially warned me not to go there. With few exceptions, she was unimpressed by the quality of intellectual work and political activism on the Ann Arbor campus. While I desperately needed a full-time job, I understood that Asian Americans can never let our presence in so-called elite universities be used to whitewash the exclusion and underrepresentation of African American, Latinx, and Native American students and faculty.

Working in a predominantly white university generally means confronting sites with a history of upholding white supremacy through research, teaching, and institutional practices that have supported colonialism, eugenics, dispossession of Native lands, militarism, patriarchy, segregation, and discrimination. I was mindful of Grace’s directive to resist the type of careerism that comes at the expense of serving oppressed communities. As Soya Jung has eloquently stated, we must be ready to commit “model minority mutiny.”

Perhaps the most consequential decision my partner, Emily Lawsin and I, made was to reside in Detroit. While the university was only a half-hour drive from the western boundary of Detroit, most faculty spoke of the city as if it were part of the Third World. They had pity for its impoverished residents, but they treated Detroit as if it were too far away for them to do anything about it. As a result, most of the faculty have been silent and complicit as Black and Brown students, especially those from Detroit, have been systematically excluded from Michigan’s “flagship” public university.

To be clear, moving to Detroit was never an act of charity. As Grace says at the beginning of the film, American Revolutionary, “I feel so sorry for people who don’t live in Detroit.” As an intellectual, Detroit gave me a sense of the best and worst aspects of American history, culture, and politics. And if I was to continue growing as activist (or in Grace’s words, be “made whole”), I needed to ground myself in a city that had a rich legacy of movement organizing but was also bearing the brunt of the white supremacist, neoliberal assault in the post-civil rights era.

In the days before the state takeover and drive for gentrification, living in Detroit gave you a clear sense of what it was like to live in a city with an over 80 percent Black majority. Grace was excited that we found a place to live close by the joint home of herself and the Boggs Center to Nurture Community Leadership on the Eastside. While I had formal “mentoring” from senior faculty at my job, Black activists and elders in Detroit became my truest teachers. Whatever unexpected recognition my work has received in academia owes considerably to the original perspectives and insights I gained from my conversations with Grace and other Detroiters.

Today, as part of our ongoing efforts to hold universities accountable to minoritized communities, my partner and I are co-plaintiffs in a civil rights lawsuit against the University of Michigan. We are exposing systematic patterns of discrimination and a hostile climate for students, staff, and faculty of color. We are also holding the highest echelons of the administration responsible for covering up civil rights and Title IX complaints, retaliating against us and others who brought forward complaints, and rewarding those who carry out the retaliation.

Like I said, I was stubborn at first, but Grace was right: there is something deeply and fundamentally flawed about the University of Michigan that needs to change.

In the end, however, I recognize that the crises and opportunities I’ve encountered in my life and work have gone hand in hand. Grace’s imperative to “think dialectically” never escapes me: we must recognize that reality is constantly changing and that contradiction is the source of that change.

That means we can’t expect our lives to have only the good parts without the bad parts. The people in the so-called middle are deluding themselves into thinking that the bad doesn’t exist, which simultaneously deprives them of appreciating the good. The truth is that we are products of a society that gave rise to both Grace Lee Boggs and Donald Trump.

It is only in our struggles that we can resolve this contradiction by producing a new society united by its commitments to democracy and social justice.

Scott Kurashige is professor at the University of Washington Bothell and the author or co-author of four books, including The Shifting Grounds of Race: Black and Japanese Americans in the Making of Multiethnic Los Angeles(2008); The Next American Revolution: Sustainable Activism for the Twenty-First Century (with Grace Lee Boggs, 2011); Exiled to Motown: A History of Japanese Americans in Detroit (with the Detroit JACL, 2015); and The Fifty-Year Rebellion: How the U.S. Political Crisis Began in Detroit (2017). 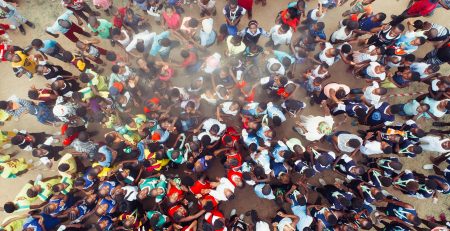 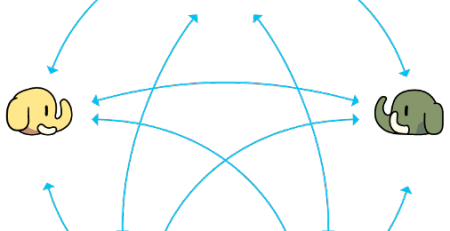 Social.coop is a cooperatively run instance of Mastodon, a decentralized social network based on open protocols and free, open-source software. Alanna...

How to Build a New World in the Shell of the Old Every city has its graveyard of nonprofits, cooperatives,...