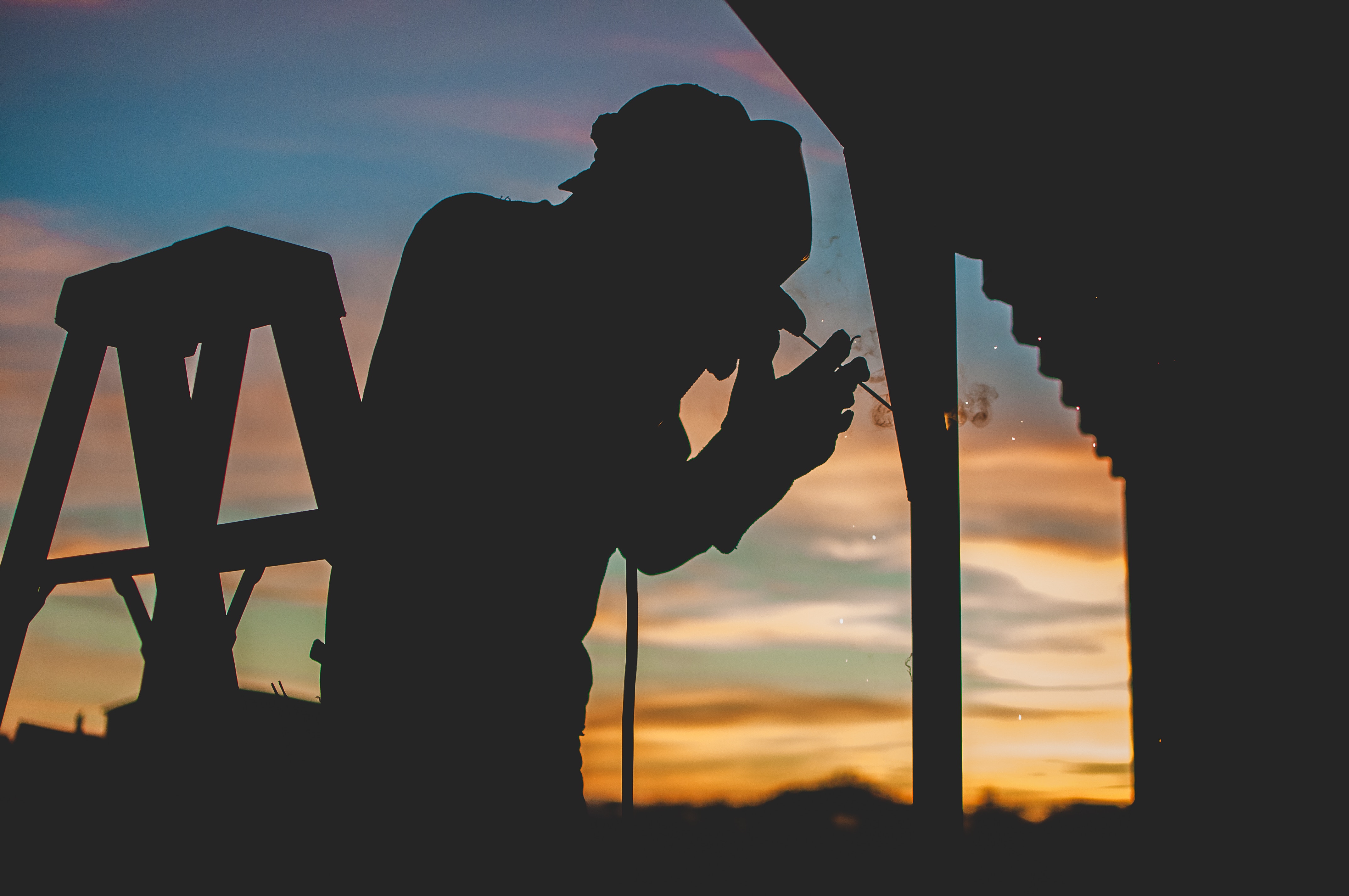 When economic decision-making power is in the hands of the public rather than corporate interests, economies tend to have lower rates of inequality, and higher levels of productivity. These are the findings of the new international Economic Democracy Index, launched at NEF this month.

The Economic Democracy Index is an innovative tool which measures and compares democratic participation and economic rights across 32 OECD countries. It reveals important new insights for our understanding of what makes an economy prosperous.

This research, conducted by the University of Glasgow, in partnership with Nottingham Trent University, Oxfam, and NEF, measures a much wider range of factors than are routinely considered in measures of economic democracy: not just trade union rights and cooperative enterprise, but individual economic rights, levels of public participation and the nature of economic decision-making. Uniquely, it explores relationships between economic democracy and poverty, inequality and productivity.

They discussed how, among the 32 countries measured, the UK ranks 20th while the US scores lowest. Smaller countries tend to do better, but the research suggests it is not size but the institutional arrangements that matter most. There is a stark contrast between the ‘social model’ of northern European capitalism, and the more market-oriented Anglo-American economies. Eastern European countries tend to rank lower, with Slovenia as a higher-scoring outrider. The figures show a decline in economic democracy across the OECD nations since 2008, which seems to be associated with austerity measures – although France and Luxembourg are exceptions. 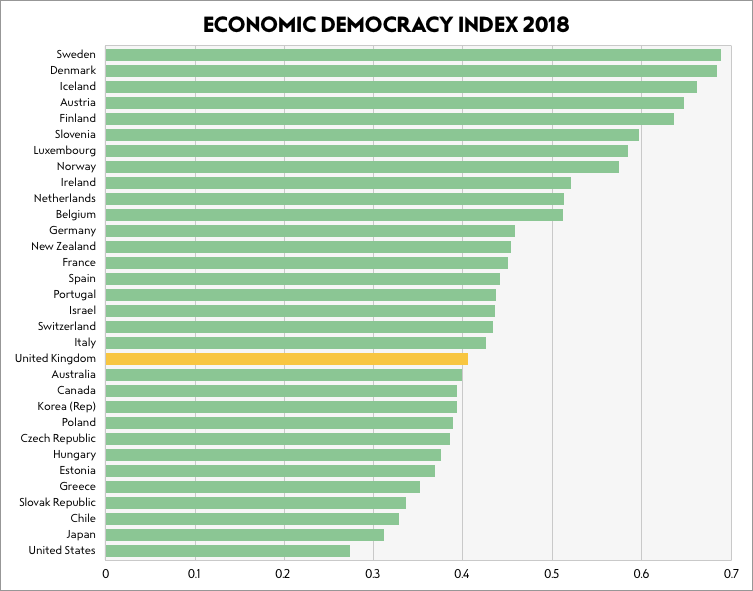 A key finding is that high levels of economic democracy reduce inequality (measured by the Gini Coefficient) and generate higher productivity. 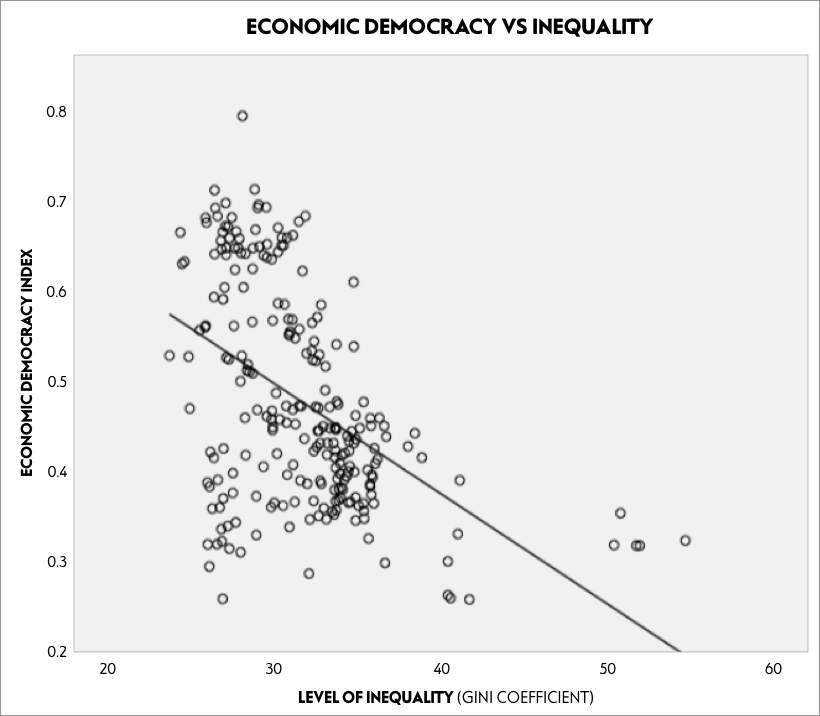 The team is currently investigating impacts on sustainable development indicators, and early findings suggest that economic democracy also has a positive impact on green goals such as the reduction of greenhouse gas emissions.

The Index adds evidential weight to what has always been instinctive to progressives: that real empowerment of people through genuinely democratic forms of governance is highly desirable on practical as well as ethical grounds. It undermines the orthodox assumption that workers’ rights are bad for the economy

This research suggests that what we need for a good society is to give people security and control over their lives: decentralise decision-making, promote transparency, and ensure genuine engagement in decision-making at all levels of economic activity, from the shop-floor, to the firm, to local and national government policy-making.

The Index emphasises the need to go beyond GDP as a measure of economic success: instead we need to examine wellbeing, sustainability, workers’ rights, business ownership, accountability, transparency, and corruption. 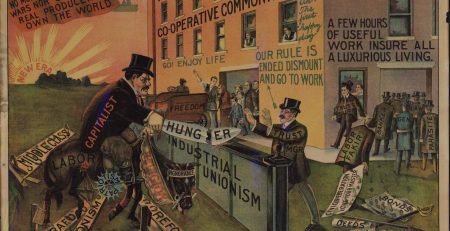 A History of Globetrotting Troublemakers by Eric Dirnbach via Labor Notes Despite the “World” in its name, the Industrial Workers of the...