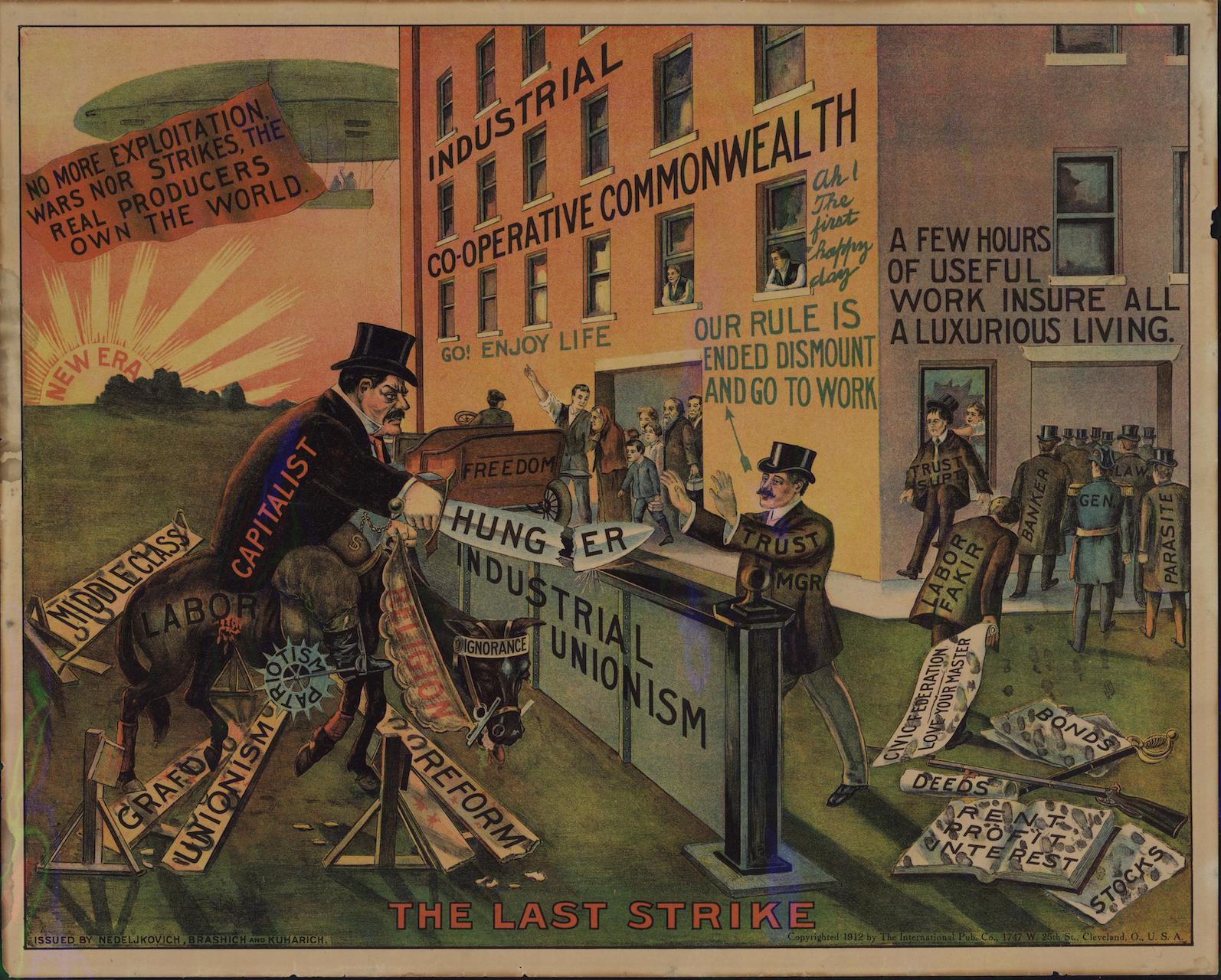 A History of Globetrotting Troublemakers

Also, during its early years the union achieved a presence in 17 countries on every continent. That’s the topic of a fantastic new book, Wobblies of the World: A Global History of the IWW, which editors Peter Cole, David Struthers, and Kenyon Zimmer call the first global history of the union.

This book places the Wobblies—the famous nickname for IWW members—amid a web of radical workers, unions, and movements around the world. What may be most interesting to 21st century labor activists are the fundamental issues it raises about labor movement structure and operation, centralization, autonomy, worker militancy, and politics.

PIE BEFORE YOU DIE

First, a quick review of the union’s better-known history: The IWW was founded in 1905 as a revolutionary union in opposition to the mainstream union practices of the American Federation of Labor. Open to all workers regardless of race, ethnicity, nationality, or gender, it was part of a global upsurge of syndicalism—a major tendency on the global left in the years before the Russian Revolution and the growth of authoritarian Communism.

Syndicalism prioritizes militant direct action by workers to win immediate gains on the shop floor. This organizing, the theory goes, would lead ultimately to general strikes where workers will seize control of industry and usher in a post-capitalist society. Indeed, a famous IWW song mocks the notion that workers should be content with the famous line, “You’ll get pie in the sky when you die.” The Wobblies wanted their pie now—and actually, they wanted the whole bakery.

The IWW grew dramatically over its first 15 years, reaching 100,000 members before suffering severe repression by the U.S. government during World War I. The union survived and still exists to this day, though it never recaptured its former glory.

Famous IWW-led strikes include the 1912 “Bread and Roses” strike by textile workers in Lawrence, Massachusetts, and the 1913 strike by silk workers in Paterson, New Jersey. The union also had a strong presence among Northwest timber workers, Western miners, Great Plains agricultural workers, and longshoreman on the East Coast. It waged fearless “free speech” fights in towns throughout the U.S. West to defend workers’ right to organize with public speeches on street corners.

Another chapter explores the famous Wobbly concept of sabotage, recounting how union leader Big Bill Haywood brought this idea to the U.S. in 1911 after visiting striking railway workers in France. For the French, the tactic included working slow and property destruction. The IWW never made property destruction an official tactic—Haywood’s speeches advocated only slowdowns. But the government nonetheless used this pretext to repress the union, especially after World War I started. The IWW was portrayed as a traitorous organization that was obstructing the war effort.

Several chapters detail the important contributions of radical immigrant workers who were attracted to the IWW in the U.S. There were large numbers of anarchists from Mexico, Italy, Spain, Finland, and Russia. Indeed, Italian anarchists were the principle organizers of the Paterson silk workers strike; they had an active presence there for decades beforehand.

Spanish anarchists were organizers of maritime workers on the East Coast. A fascinating chapter on the Wobblies in the Spanish Civil War reveals the great influence these Spanish organizers had on their American IWW colleagues, a number of whom in the 1930s went to Spain to fight in support of the anarchists and syndicalists against fascism. Tragically, many of these Wobblies were killed during the war, and others returned demoralized after the defeat of the anarchist left.

Immigrant IWW members from India were active on the West Coast in organizing the Ghadr movement, an anti-imperialist campaign in the Indian diaspora that fought against British colonialism. Wobblies from Mexico were involved in interracial, cross-border organizing in the U.S. Southwest and were active in fighting in the Mexican Revolution.

WOBBLIES AROUND THE WORLD

Most of the book deals with IWW members outside the U.S. Thousands of members in Mexico’s key oil port of Tampico organized for better working conditions for 15 years, and shut down the port in 1917. In South Africa, Wobblies advocated interracial organizing, in opposition to the racist, white labor movement.

The Wobbly presence in Canada included railway workers in British Columbia and the Finnish lumber and mining workers in Ontario, who came out of the strong Finnish-Canadian Socialist movement. An interesting profile of Canadian member Edith Frenette recounts several free speech campaigns in Missoula, Spokane, and Everett, Washington; she was jailed several times.

In New Zealand the IWW focused on interracial unionism as it organized among Maori workers and published articles in their language. One chapter profiles IWW member Patrick Hickey, who later turned against the union over its anti-electoral stance. The brutal police repression of a miner’s strike convinced him that workers must gain control of the state’s police through elections. Another chapter profiles globetrotting Wobbly Tom Barker, who worked in New Zealand and Australia, spent many years organizing on the docks in Argentina, traveled through Europe and the Soviet Union, and in New York City became a recruiter for a joint IWW-Soviet effort to establish an industrial commune in Siberia.

In Australia, the IWW grew as a reaction to dissatisfaction with the supposedly friendly Labor Party government of the time. Thousands of Wobblies adopted the “bore from within” strategy of membership in mainstream unions—primarily in railroad construction, mining, lumber, and agriculture—rather than forming their own “dual union” as they did in the U.S.

The result was a higher level of protection and tolerance for Wobblies as a left flank of labor, which enabled them to have an outsized influence. For example, vociferous IWW agitation against World War I helped bring much of Australia’s labor movement to an anti-war position.

The book also provides insight into early Wobbly ideology, a mixture of Marxist thought and practical working-class wisdom, scornful of professional radicals who could quote Marx’s Capital but were absent from picket lines. The Australian IWW pamphlet Direct Action stated:

“Glib-tongued theory is of little help in the class struggle unless it is backed by class loyalty and class action…A man is not what he thinks, but what he does. It is easy to think war, or think strike, or to theorise on tactics, but it takes real manhood and real womanhood to back up these theories and these thoughts in the actual everyday battle of the working class.”

A great chapter on the legendary Irish radicals James Connolly and Jim Larkin shows how they spent time with IWW members in the U.S. and brought syndicalist ideas back to Ireland. They even tried out the “Children’s Campaign,” first used successfully in the Lawrence textile strike, where the children of strikers were “adopted” by other families during the strike. After the employers won the legendary Dublin Lockout of 1913, Connolly and Larkin formed an armed militia and turned toward Irish Republicanism. Connolly subsequently led the failed Easter Rising of 1916.

A profile of Swedish IWW member P.J. Welinder captures syndicalist arguments over how labor should operate. After participating in the failed “Great Strike” of 1909 in Sweden, Welinder travelled to the northwest U.S. and joined the IWW. He brought Wobbly ideas back to Sweden and joined the syndicalist union federation, where he argued against union centralization and institution-building as trends that would block direct action. Rather than “the respectable union member steadily paying dues in rational apprehension of disciplined battles to come,” writes chapter author Johan Pries, “Welinder’s vision of working-class culture highlighted sudden and overwhelming passion erupting in moments of intense struggle, spreading through the emotional ties of solidarity within the working class.”

At the heart of syndicalism is a militant and disobedient working class, where workers have the freedom and autonomy to take initiative themselves and own their struggle. As editor Peter Cole remarked at the New York City book launch, this tradition demands a lot of its members.

The mainstream unions around the world ask a lot less, impose discipline, and often assume that workers can’t, or shouldn’t, organize this way. But the IWW saw its job, then and now, as educating and radicalizing workers and then setting them loose to organize as they saw fit.

As union strength declines in most countries, the revival of the global labor movement may depend on reincorporating some of these ideas—and giving workers the tools and vision to make lots of trouble. 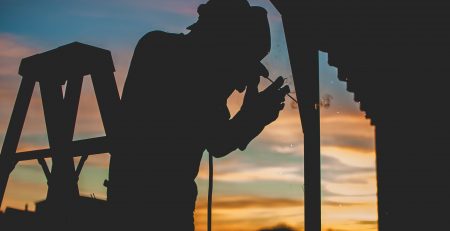 via New Economics Foundation by Adrian Bua When economic decision-making power is in the hands of the public rather than corporate...